The S&P 500 SPDR (SPY) is in the midst of a strong advance since mid July as it became “overbought” on July 20th and remains overbought. Today’s article will show how to measure overbought and oversold levels using StochClose, which is a version of the Stochastic Oscillator that uses closing prices. We will then backtest SPY using overbought and oversold signals.

The Stochastic Oscillator measures the level of the close or current price relative to the intraday high-low range. StochClose also measures the level of the close relative to the high-low range, but uses the “closing” prices only (as opposed to the intraday high-low range). This is why I am only showing a line chart (close only) for SPY. Readings above 80 mean price is near the top of its 14-day range and readings below 20 mean price is near the bottom of its 14-day range. As with traditional Stochastic (14,3), I also smoothed 14-day StochClose  with a 3-day SMA. StochClose is part of the TrendInvestorPro indicator edge plugin for StockCharts ACP. 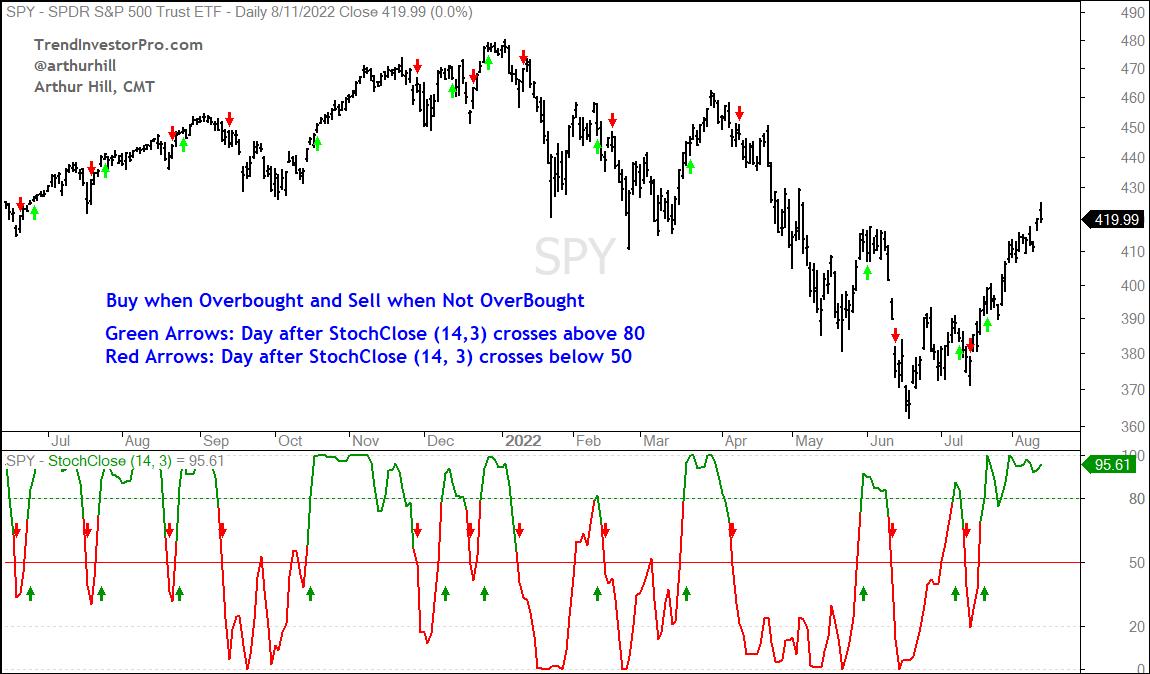 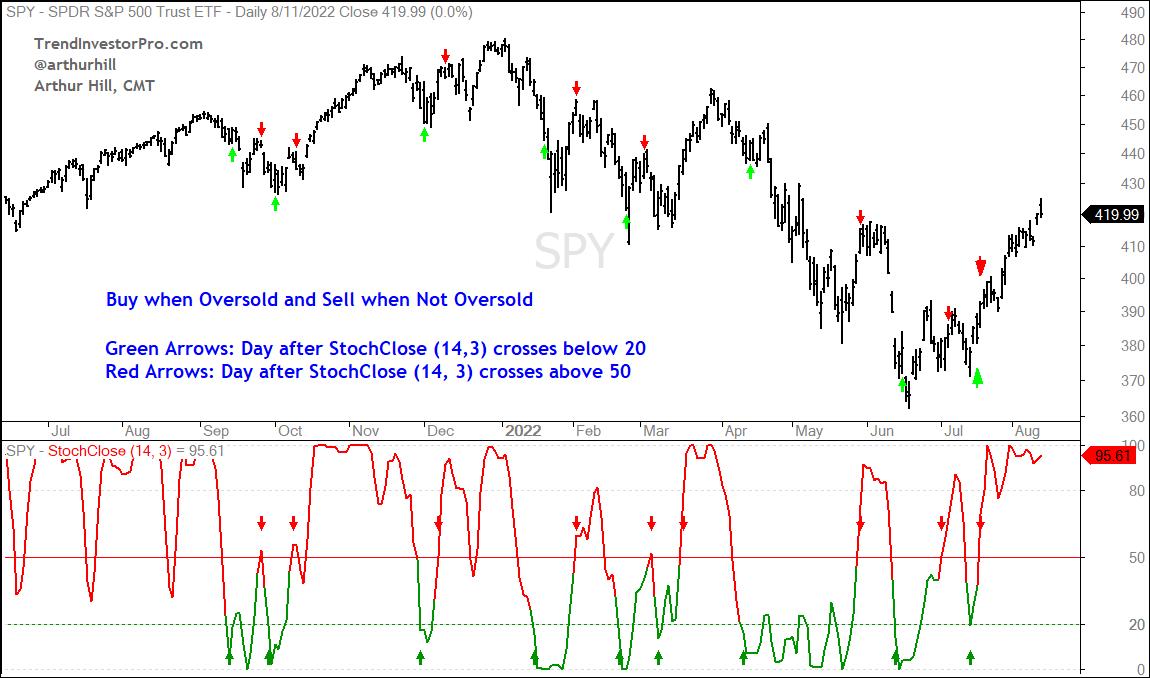 There were some new Trend Composite signals this week in our ETF universe and we highlighted these signals along with the ATR Trailing Stop for trend-following. We are also monitoring the advance in SPY using short-term breadth for clues on underlying strength. This analysis is included in our detailed reports and comprehensive videos. Click here for immediate access.

The StochClose, the Trend Composite, ATR Trailing Stop and eight other indicators are part of the TIP Indicator Edge Plugin for StockCharts ACP. Click here to take your analysis process to the next level.

In youth-obsessed Hollywood, this has been a golden summer for older actors